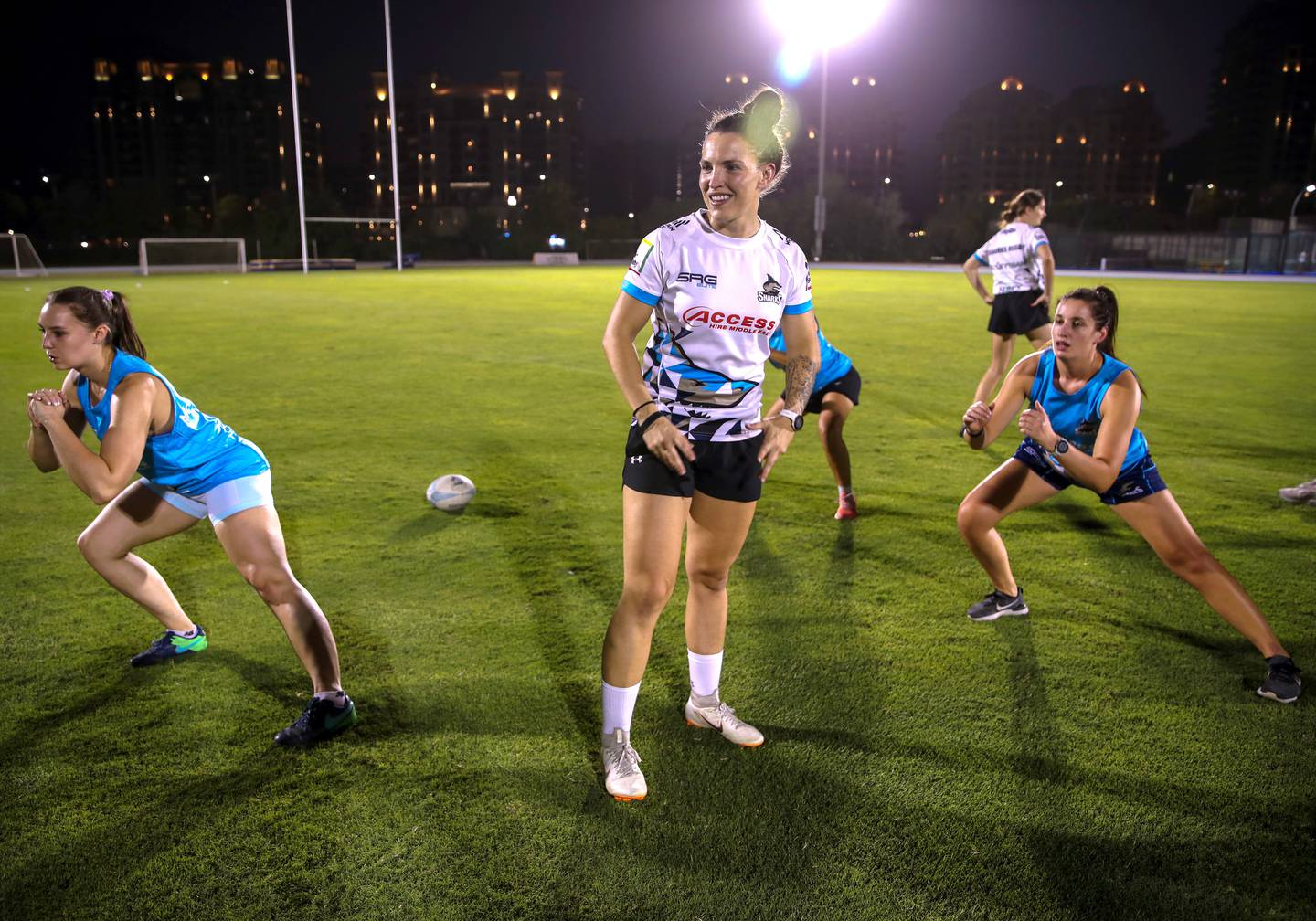 When Dylan Hartley moved from the UK last month to the UAE to coach Dubai Sharks, it might have seemed surreal.

A former England captain, capped 97 times in Test rugby, pitching up at a community club in the second tier of recreational rugby in the Middle East?

The sport in the UAE has a habit for such quirks, though. Wales great Mike Phillips, after all, only recently coached Jebel Ali Dragons, and turned out for their second-string sevens team.

Trevor Leota played at World Cups with Samoa and won the Heineken Cup with Wasps before rocking up and playing second-tier rugby in Dubai.

And Jane Leonard thought she had retired from a rugby career that had brought her England caps at Twickenham before being lured back to play at her local team after relocating to Ras Al Khaimah.

Even the Sharks themselves have very recent form for it. Back in February Christelene Steinhobel arrived looking to play social rugby in their women’s side.

Up until two years ago, she had been a contracted professional player for the South African sevens side.

“I played socially, joining the girls in the B-League, and it reignited the passion I had for sport when I was a youngster,” Steinhobel, 31, said of her arrival at the Sharks.

“The club picked up quite a few talented players after the Dubai Sevens, a couple of ferocious, strong-running forwards. We are in the B-League and the female section hasn’t been established for that long.

“There are lot of youngsters and women who started playing socially as they just wanted something to do. A couple of girls have only played for two years. We are quite a developing side.”

It did not take long for the Sharks to realise they had happened upon a valuable asset. Ahead of the new season, Steinhobel will be heading up coaching their women’s section.

She is part of a formidable management set up with Hartley as the figurehead, and former Wales sevens international Matthew Pewtner as men’s head coach.

Steinhobel, who works as a mindset coach, hopes to make a difference at a club that is developing rapidly.

“I would like to be a little more competitive, and push the girls to see that it is fun to be competitive,” she said. “No-one likes losing. As social as you want to be, you are going to get to Game 3 and not want to be there anymore.

“It is hard to play four games in a day. People on the [World Series] circuit don’t even do that. You are putting your body through a lot.

“I want people to realise I am going to push you in training. I want us to have an energy level and a commitment level that is not for the coach or the club, it is a commitment for you to say, ‘That’s what I want.’

“We do that by grinding a little bit, by giving that extra one per cent extra. By Game 3, no-one wants to warm up anymore, your body is hurting, you are tired, but I want people to push through that. I see a big gap there in terms of women’s performance, and I want to bridge that.”

Steinhobel is confident progress can be made quickly. She knows it can be done from personal experience, having not played the sport at all herself until she was 22. She attended Loughborough University in the UK on a cricket scholarship, only to switch to rugby by chance.

“I was heavily into my cricket and hoping for big things there,” she said. “Everything was going really well. Then there was an alumni rugby match between Bath University and Loughborough.

“A friend of mine was playing for Bath, and they needed a player as there was an injury. The next minute I had boots and socks on. I didn’t have a mouthguard in, as I didn’t want to wear someone else’s mouthguard. I remember running the full width of the field, scared to take any contact.

“I scored a try, loved it, got fined by both universities for playing against my own uni and scoring a try against them.

“It was so much fun. I continued to go to training, then started playing sevens. Until then it had been the usual university social vibe, but at that point I thought, ‘No, I really like this game, let me take it seriously.’”

Steinhobel found herself taken with the contact involved, and she wants the Sharks players to embrace it, too.

“The more physical games we have, the more focused I get,” she said. “I walk off the field think, ‘that was an awesome game.’ If you know how to tackle safely and fall safely, it is loads of fun. Take some contact – and dish it out.”